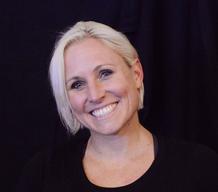 I am also a Krav Maga Alliance certified Second Degree Black Belt instructor. I work with small groups, one on one and large seminars.

I was a personal training director at a large health club before deciding to open my own facility. I have now run Build Your Own Body and Flagstaff Krav Maga for the last 10 years.  I also taught and developed the Streangth Training   Program Design at Northern Arizona University.  I love being a Trainer and look forward to being a part of your success!

I have had the privalage of working with many amazing photographers. I enjoy doing everything from sports specific to more artistic shoots.

Some of the amazing People I have worked with are:

I have had the opportunity speak to businesses, groups, and camps.I also am the creator of Fiercely Female women's groups and seminars (fierecelyfemale.com)  If you need a fresh voice to help excite your crew, look no further. Large businesses such as Nestle/Purina use me to motivate and educate their employees. Groups such as churches and clubs also bring me in to help them find new focus and how to make it stick! I look forward to speaking to your group!

I began competing in 2001. The first 2 shows I did were in bodybuilding. I took 4th and 3rd and was hooked.

After the birth of my daughter, I moved to Figure and in 2005 I took 1st and overall in the November NPC show. After that I continued to compete in regional and National shows for the next 2 years.

In 2009, I returned again to the stage after having my son. I took 2nd and re-qualified for nationals. In 2010 I returned to the national stage. I have competed myself, 18 times.... each time bringing home a trophy. I have also had the privilege of training many Bikini, Figure, Fitness, Physique and Bodybuilding clients that have placed highly, obtained pro-status, obtained modeling contracts.

My experience and success has allowed me to take many clients to their own stage success! I hope you will be one of them.